Understanding a scene by decoding the visual relationships depicted in an image has been a long studied problem. While the recent advances in deep learning and the usage of deep neural networks have achieved near human accuracy on many tasks, there still exists a pretty big gap between human and machine level performance when it comes to various visual relationship detection tasks. Developing on earlier tasks like object recognition, segmentation and captioning which focused on a relatively coarser image understanding, newer tasks have been introduced recently to deal with a finer level of image understanding. A Scene Graph is one such technique to better represent a scene and the various relationships present in it. With its wide number of applications in various tasks like Visual Question Answering, Semantic Image Retrieval, Image Generation, among many others, it has proved to be a useful tool for deeper and better visual relationship understanding. In this paper, we present a detailed survey on the various techniques for scene graph generation, their efficacy to represent visual relationships and how it has been used to solve various downstream tasks. We also attempt to analyze the various future directions in which the field might advance in the future. Being one of the first papers to give a detailed survey on this topic, we also hope to give a succinct introduction to scene graphs, and guide practitioners while developing approaches for their applications. 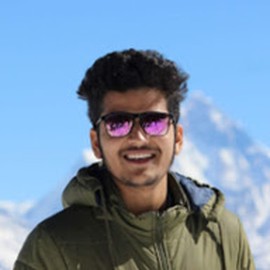